Parry Sound, located on the eastern shore of beautiful Georgian Bay, is the world’s deepest natural freshwater port. It is located on traditional land of the Anishinaabek (Ojibwe, Pottowattami and Odawa) people. The town was named by “Captain Henry Bayfield” after Sir William Edward Parry, the Arctic Explorer.

The Town of Parry Sound has the benefit of being on Georgian Bay as well as near many surrounding lakes, both of which represent a huge draw, specifically in the summer months. Parry Sound is the major hub for a community which is made up of seven different municipalities. Although Parry Sound only has a population of approximately 6,500 residents when you include the surrounding area that number increases to about 19,000 full time residents and more than 80,000 part time residents/cottagers, and up to 50,000 visitors during the peak of summer. 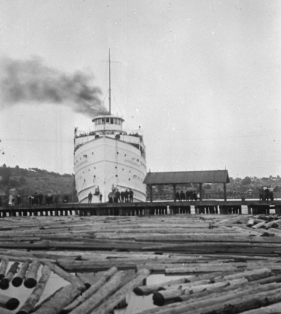 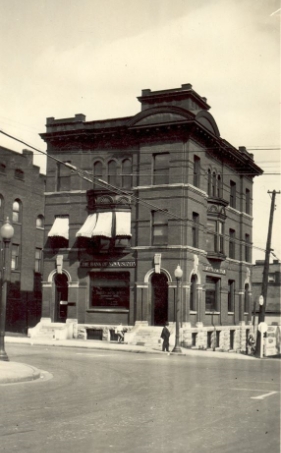 Since time immemorial, the Parry Sound area area has been the homeland of the Anishinaabek (Ojibwe, Pottowattami and Odawa) people, and part of a natural canoe route that snaked through the thirty thousand islands and connected the interior to the St. Lawrence River and on to the Atlantic Ocean.  Today, with their enduring presence, the Anishinabek still regard Muskoka-Parry Sound and parts of the surrounding area as their traditional territory. Families know these lands as the hunting grounds, medicine areas, and gathering places, related to them through oral history passed down for generations. Other Indigenous Nations have come to occupy this land such as the Haudenosaunee and the Metis Nation. We are grateful for the opportunity to live, play and do business here, and we thank all the generations of people who have taken care of this land for thousands of years.

In 1857, the only European settlement on this side of Georgian Bay consisted of a sawmill built by William Gibson. By 1867 primitive roads had been built but by far most of the traffic to isolated settlements was by steamer. The treacherous storms of Georgian Bay claimed many of these vessels like the Waubuno, sunk with all hands lost off Copper Head in 1879.

The most important single person in development of the town of Parry Sound was “Governor “ William Beatty. He, his father and his brother James brought William Gibson’s sawmill. Beatty surveyed the town, built roads, ships and churches and encouraged settlers. He was a man of exacting moral views and enforced his own brand of prohibition under what came to be known as the “Beatty Covenant”.

In 1868 the Free Grant Lands Act was passed. This brought an influx of settlers and by 1874 the entire area was settled. The thin soil, large quantities of shield rock and the harsh winters defeated a great many of the early settlers.

Parry Sound was incorporated as a town in 1887. In 1897, rail service was established making the town an important depot along the rail lines leading to Western Canada. In 1907 the Canadian Pacific Railway trestle bridge, spanning the Seguin River was completed. At over 1,695 feet and standing at a height of 105 feet above the mouth of the Seguin River, is the longest of its kind in Ontario. Constructed as part of the expansion of the Canadian Pacific Railway between 1905 and 1907, the trestle bridge assisted in bringing industry and tourism northwards to places such as Mactier, Parry Sound, Pointe au Baril and Sudbury. The stretch of 230 miles of rail took roughly 5,000 men three years to construct, with the first train crossing the bridge in June of 1908. Today, the trestle bridge can be seen as a triumph in engineering.

We are fortunate to have a downtown that is steeped in history as can still be evidenced by the historical buildings in the downtown. Visit Juke’s Lane (located between 39 and 41 James Street) to learn more about the local history. There are large story boards with pictures and writeups about the trestle bridge, the Queen’s visit in 1959, the town dock as well as historical pictures of businesses on James and Seguin Street. There is also a historical walking tour app, On This Spot, that can be downloaded for free on your smart phone or table.

The BIA also refers to the organization – the Parry Sound Downtown Business Association (Parry Sound DBA).  All Downtown BIA’s have the same goal, to encourage more traffic and ultimately increase traffic and sales in their downtown business district.  The BIA acts as a unifying body for its membership working to make Downtown Parry Sound a “destination” not only for retailers and restaurants but for its professionals as well.  BIA’s function best through the co-operation of each and every business.

The goals of the Parry Sound DBA include revitalizing the downtown area through regular maintenance, streetscaping, special events and promotions and municipal partnerships.  They are dedicated to ensuring the Downtown is a safe and desirable place to conduct business, live, work, play and enjoy through the cooperative efforts of its members and local government.

The Parry Sound DBA is a non-profit organization comprised of approximately 250 members who operate a business in a commercial or industrial assessed property within the DBA boundaries.

The BIA Board of Directors establishes a budget every year which is presented to the membership at the Annual General Meeting and then submitted to Town Council.  A mill rate is calculated by the Treasury Department of the Town to realize that budget figure.  The mill rate is then applied to the commercial property value calculated by MPAC.  This assessment varies by the amount of the annual budget set by the Board.  The money is collected through property taxes and allocated to the DBA. You are automatically a member of the Downtown Business Association when located within the BIA boundaries.